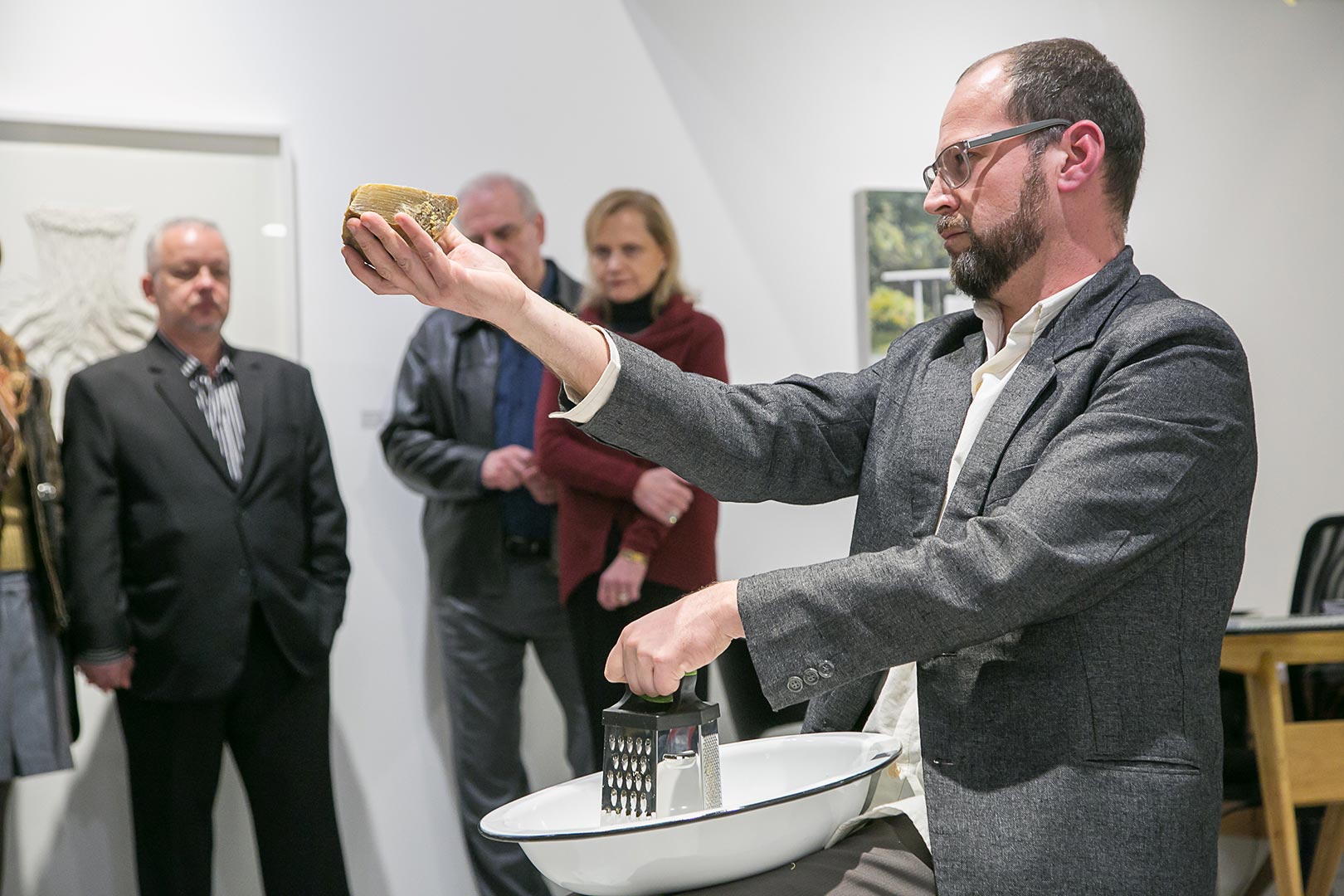 Performance artist and curator, lives and works in Curitiba, Brazil.

Graduated in Visual Arts at Universidade Tuiuti do Paraná (2002) and specialized in Esthetics and Philosophy of Arts at the Federal University of Paraná (2010). Student on Professional Masters of Art Degree in UNESPAR (2021).

Fernando began his studies in Performance Art in 1999. Over the last decade he has become responsible for bringing thoughts and discussions about the Performance Art to public in his city. During this time, besides presenting several performance works he has also encouraged this art practice through speeches and workshops.

His work is based on exploring the action in a broad sense.

Questions related to the teleological structure of action, simple actions, complex and practical actions related to knowing-how-to-act and being-able-to -act, are constant. Philosophy related to the action and beyond it becomes more and more present in his practice. Fernando has participated in several events, festivals and exhibitions.

Besides his art practice he is also a curator. He organize the p.ARTE – Performance Art Exhibition: a monthly night of performance art which takes place since May 2012 in Curitiba, Brazil. Curated the 3rd edition of CCBB Música.Performance — São Paulo, 2015. Curated MIP3 – Manifestação Internacional de Performance – Belo Horizonte, 2016. And he is performance art curator at the Biennial of Curitiba – 2013, 2015, 2017 and 2019 editions.