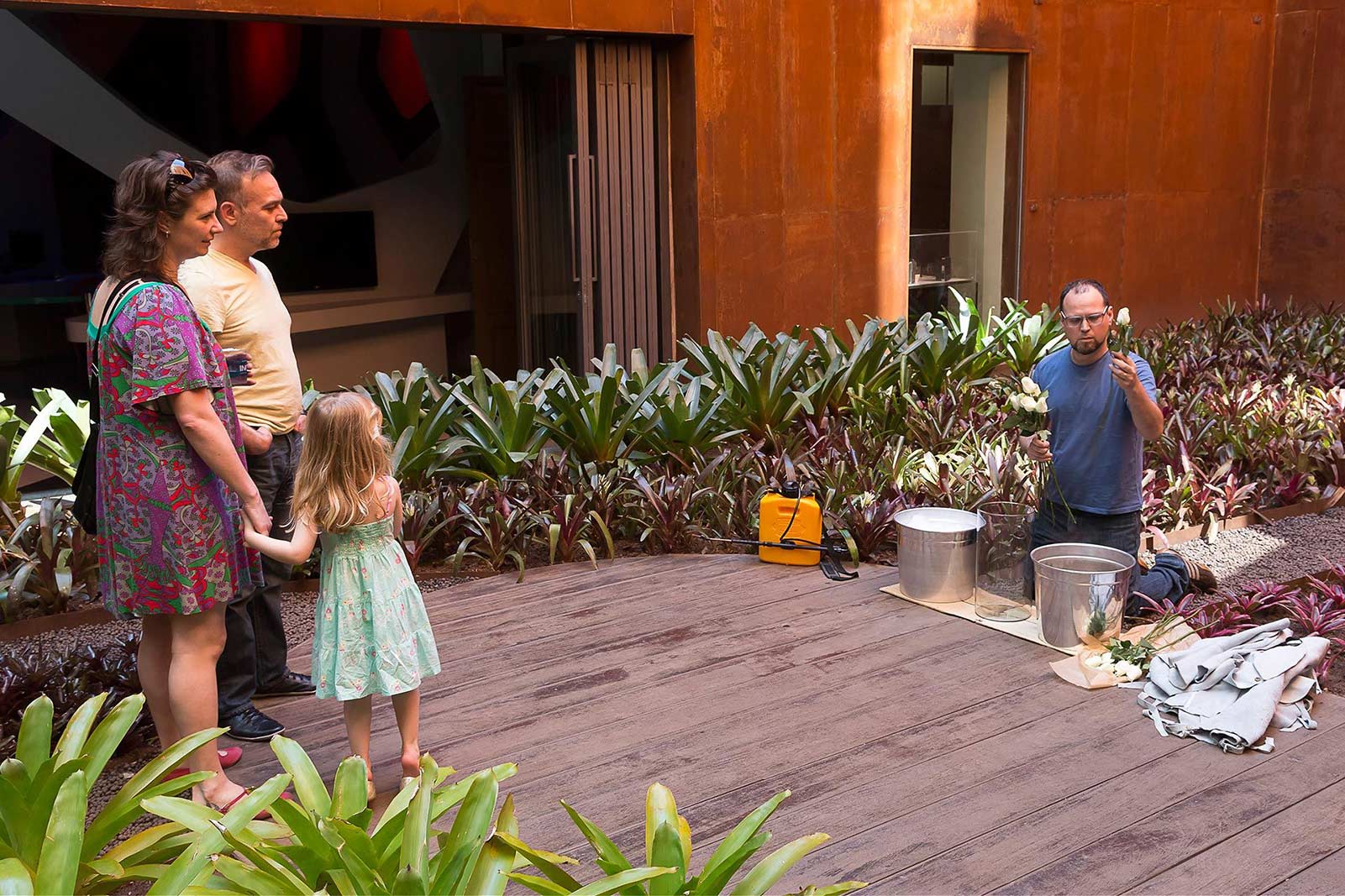 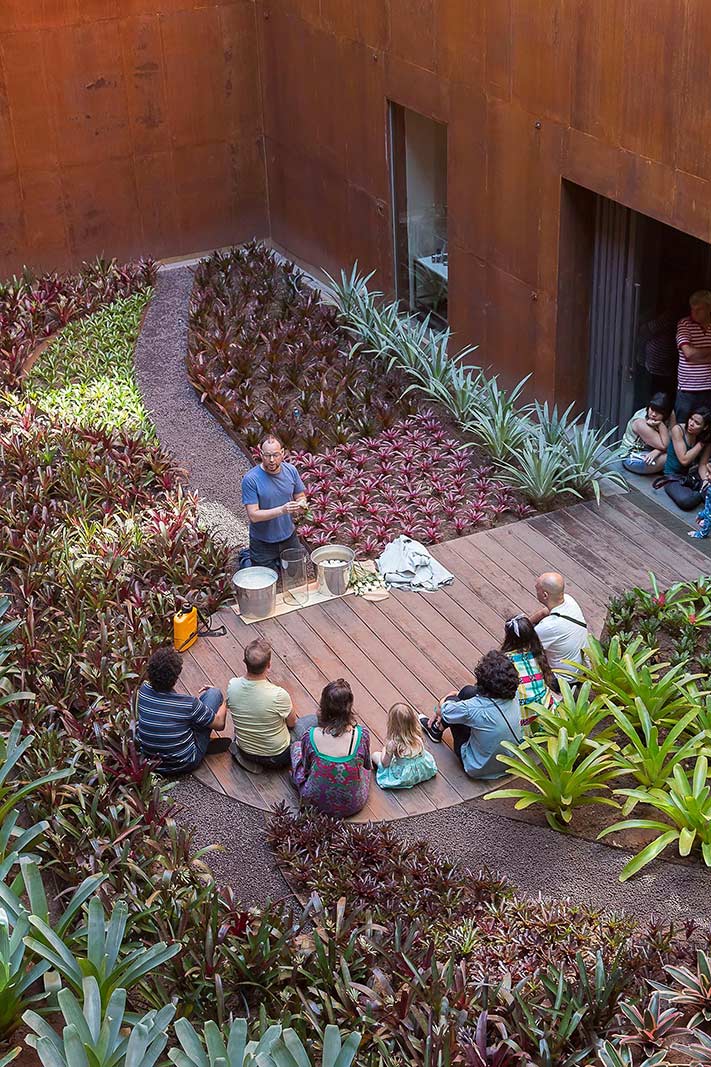 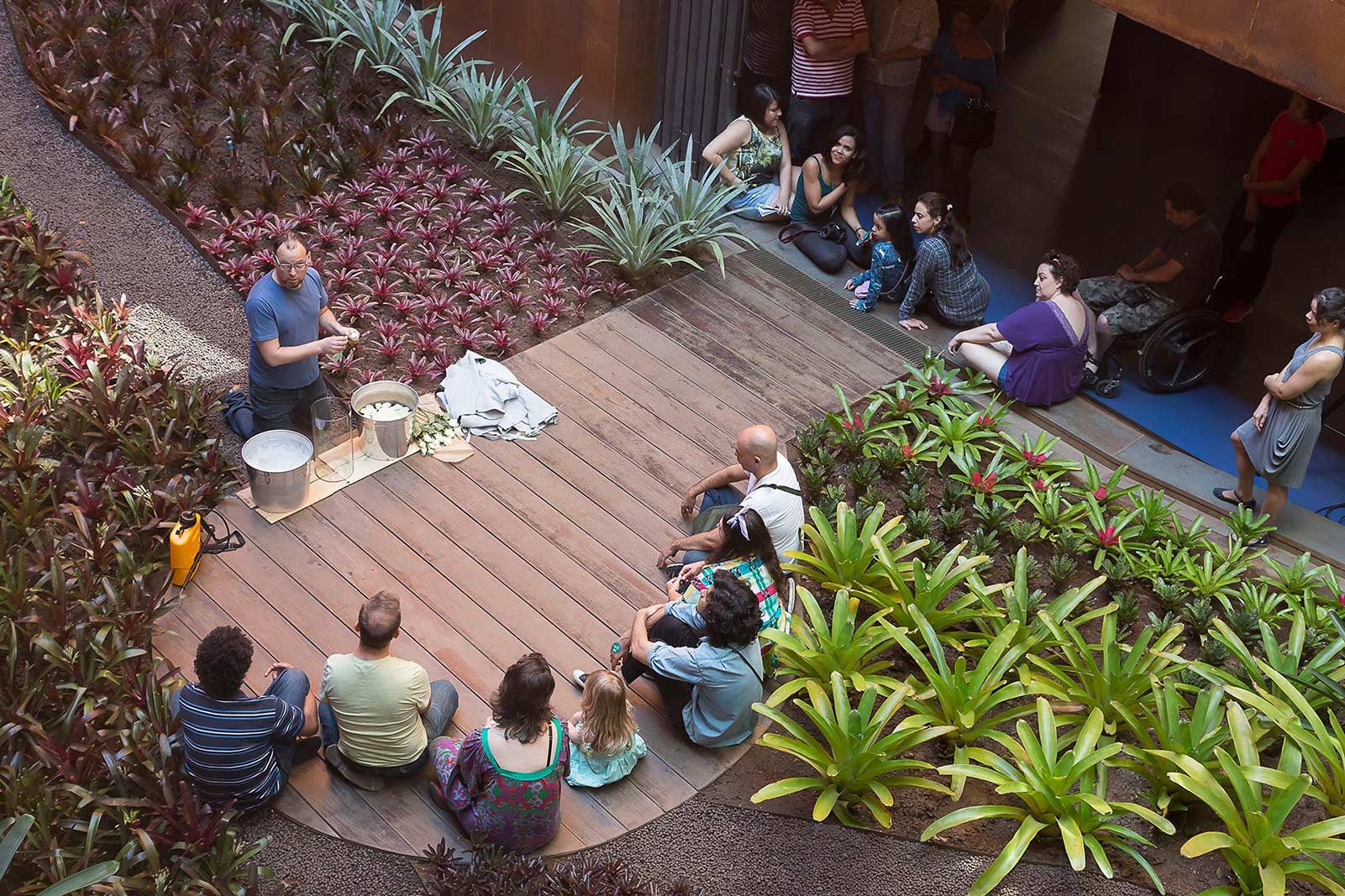 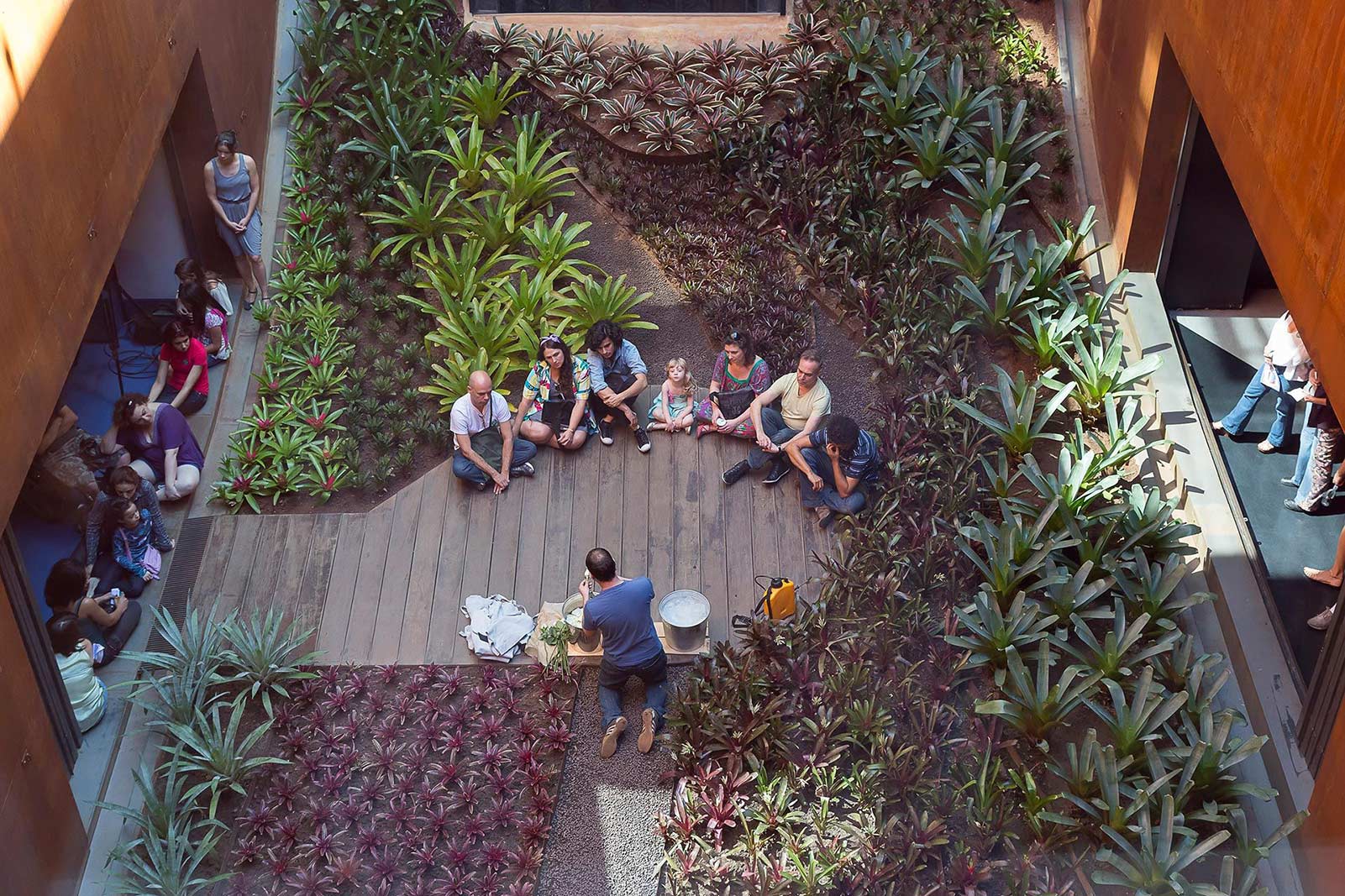 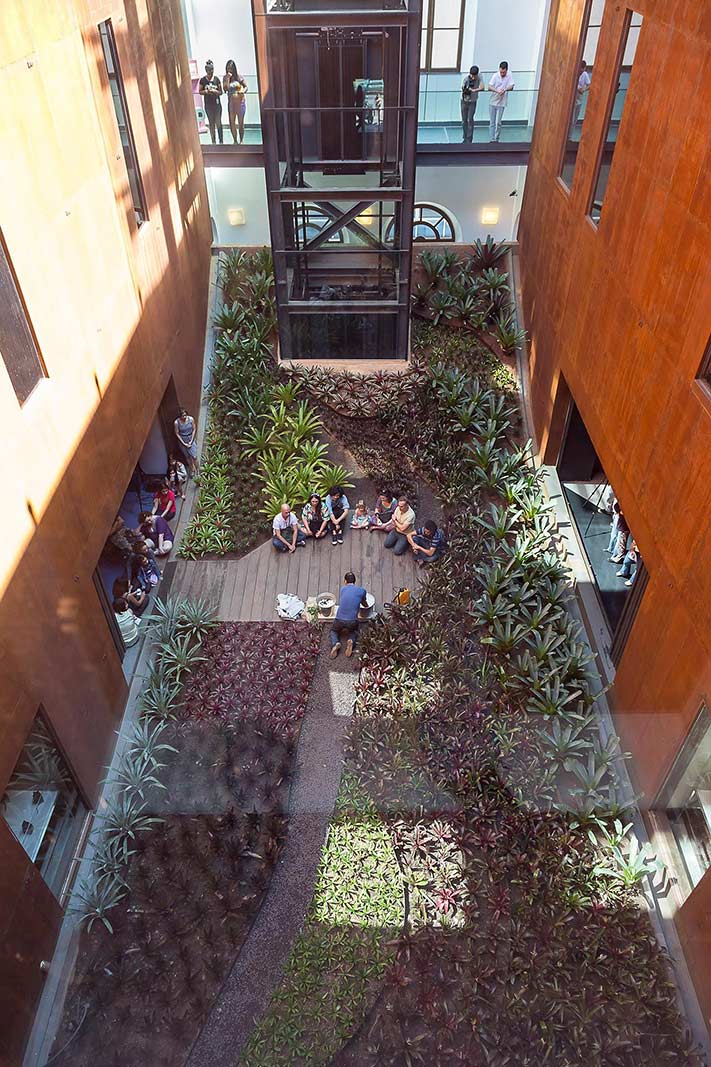 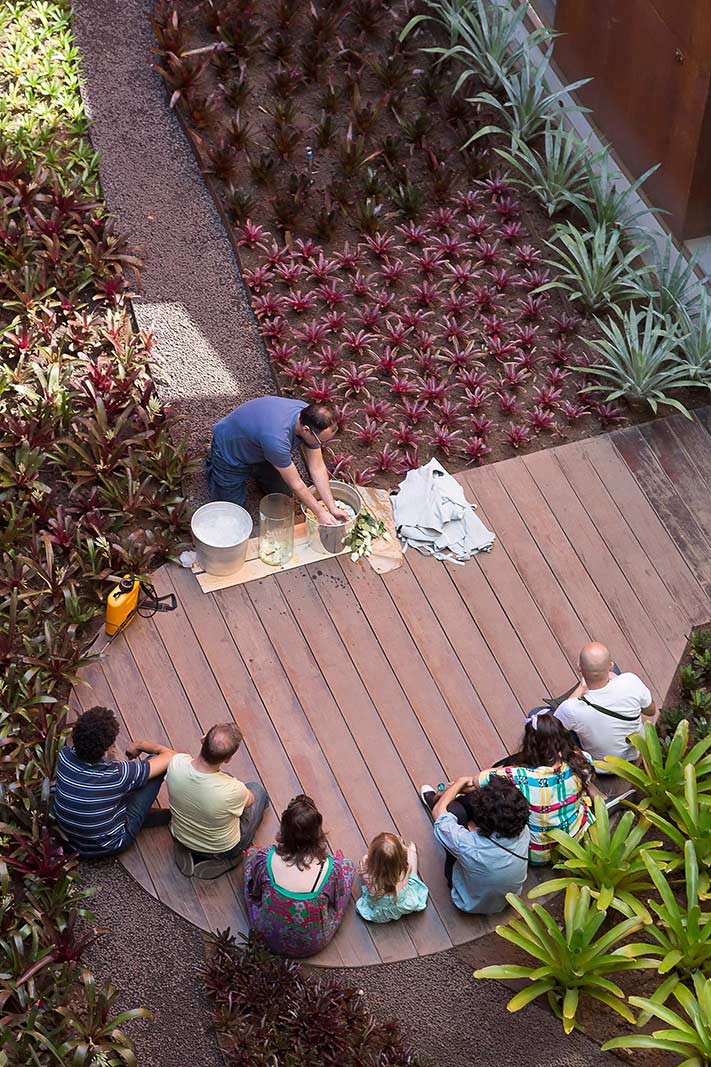 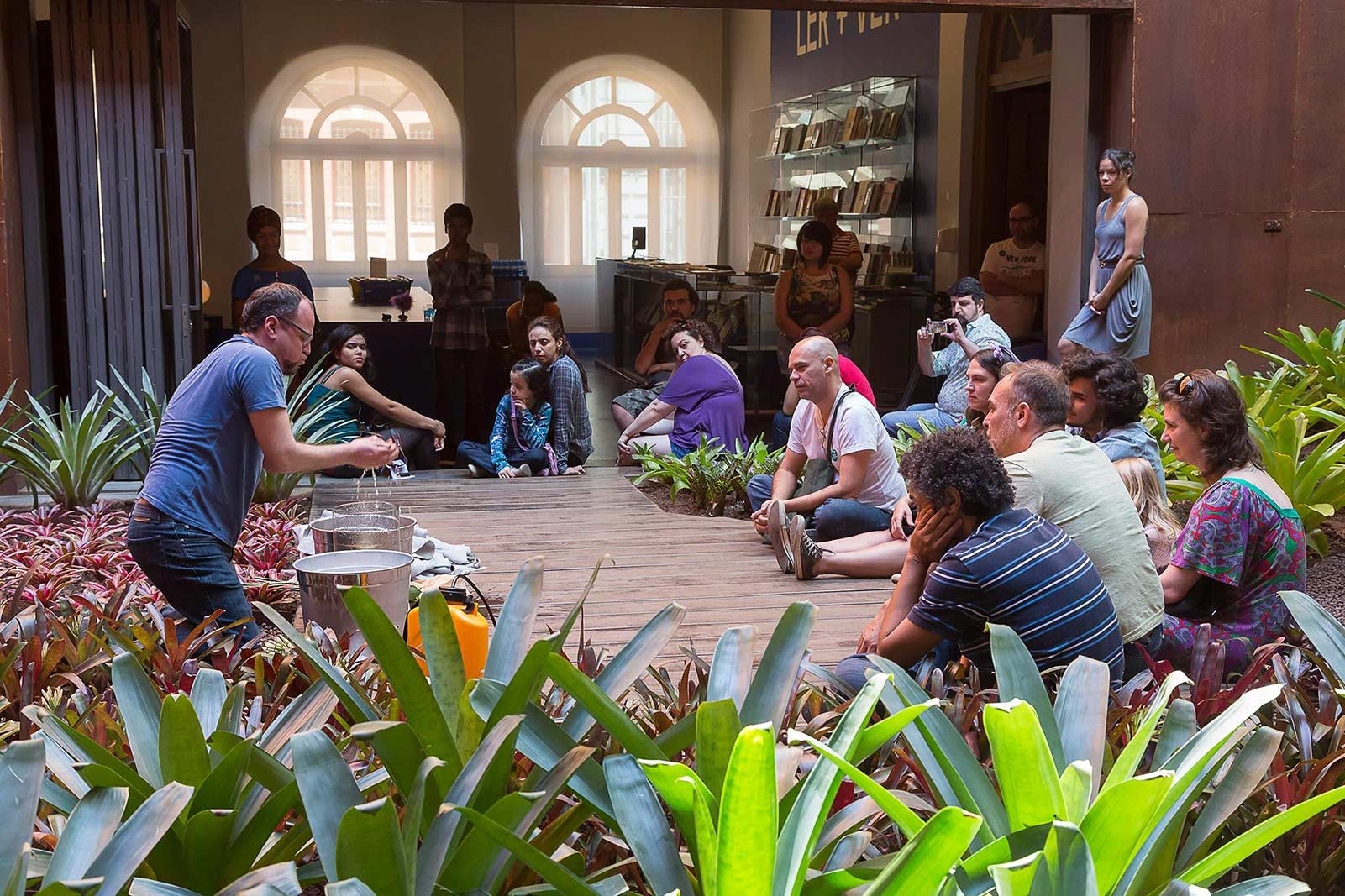 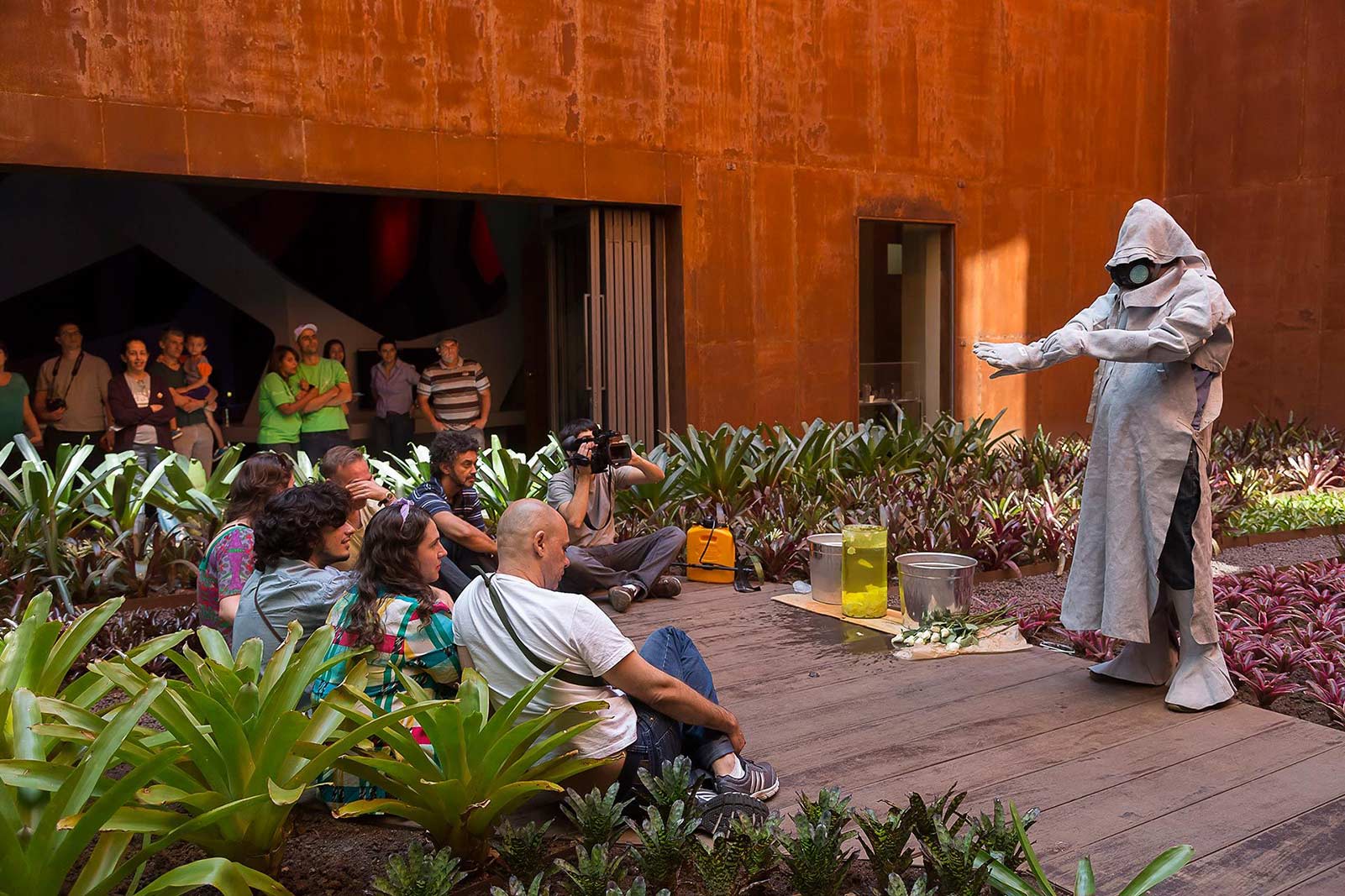 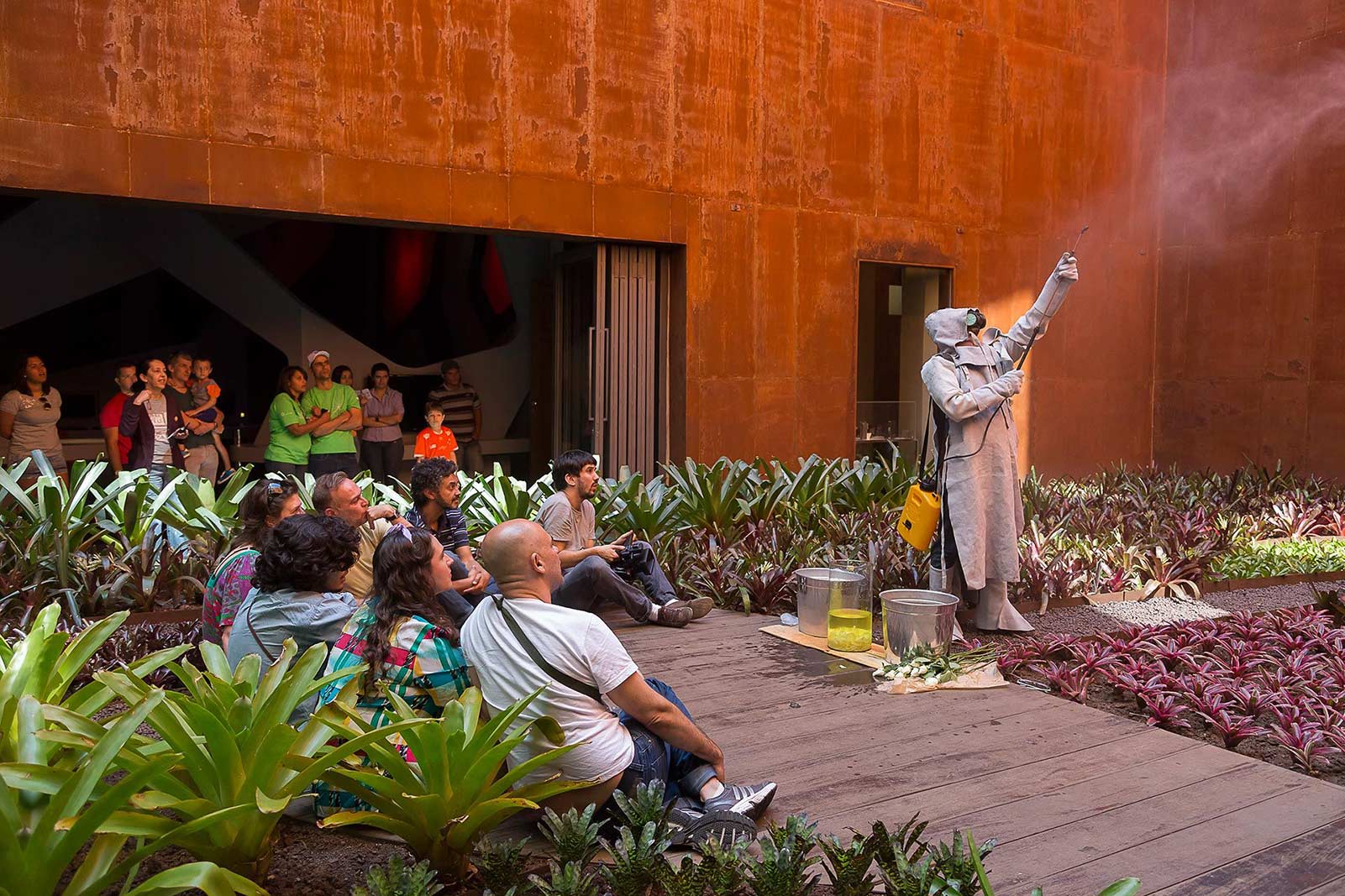 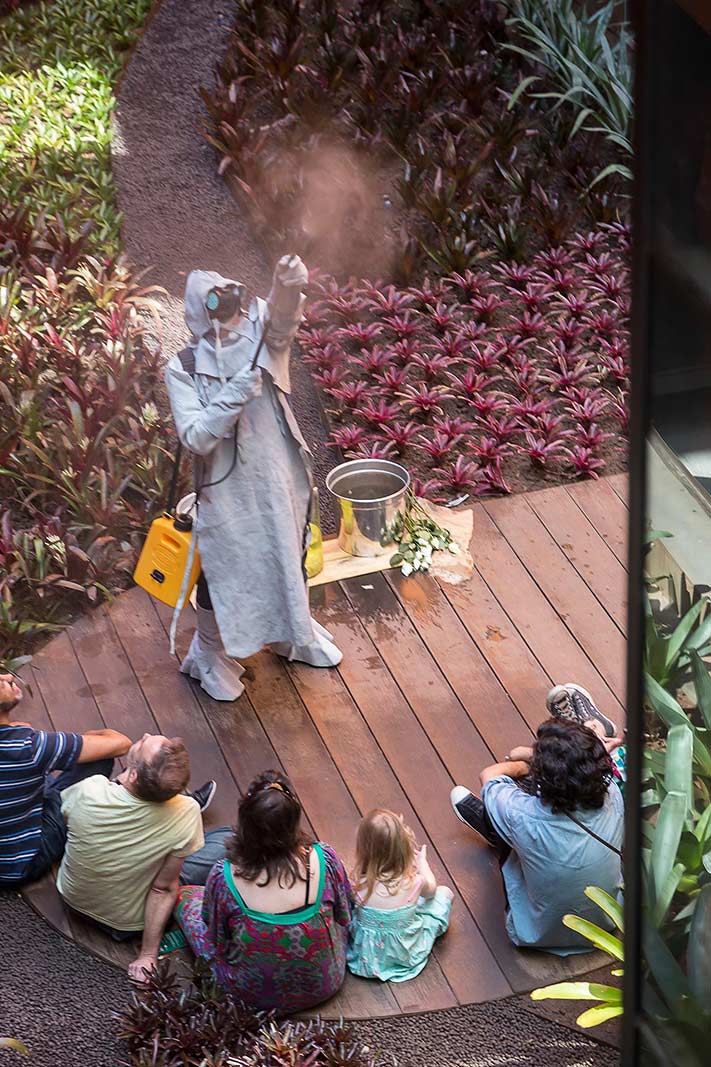 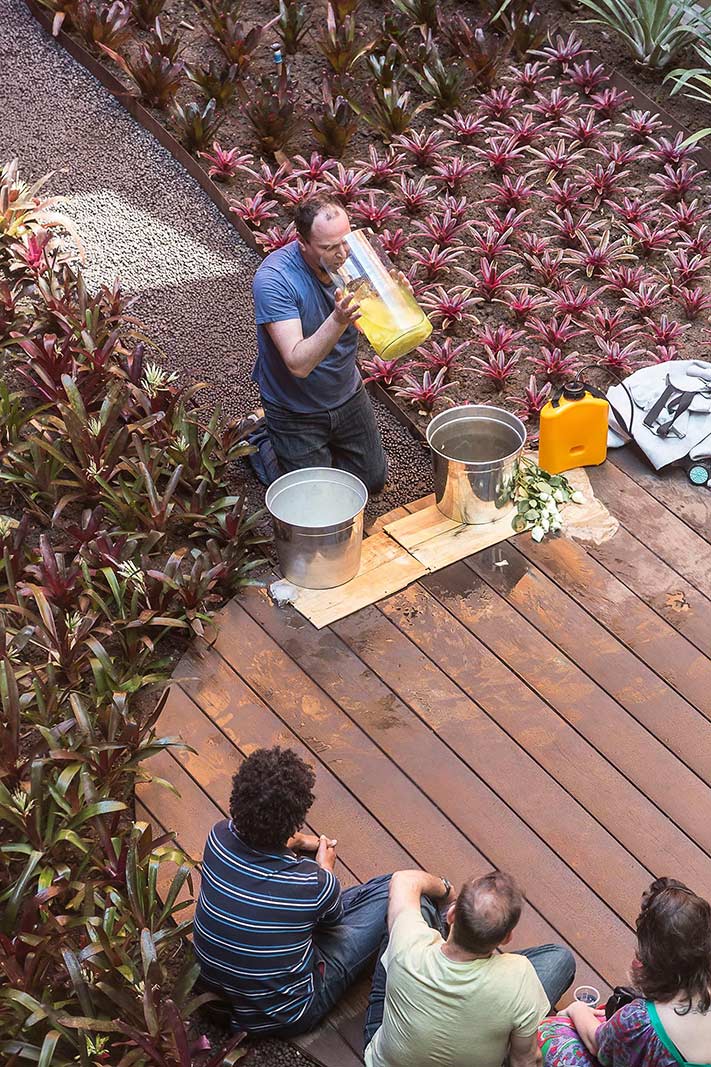 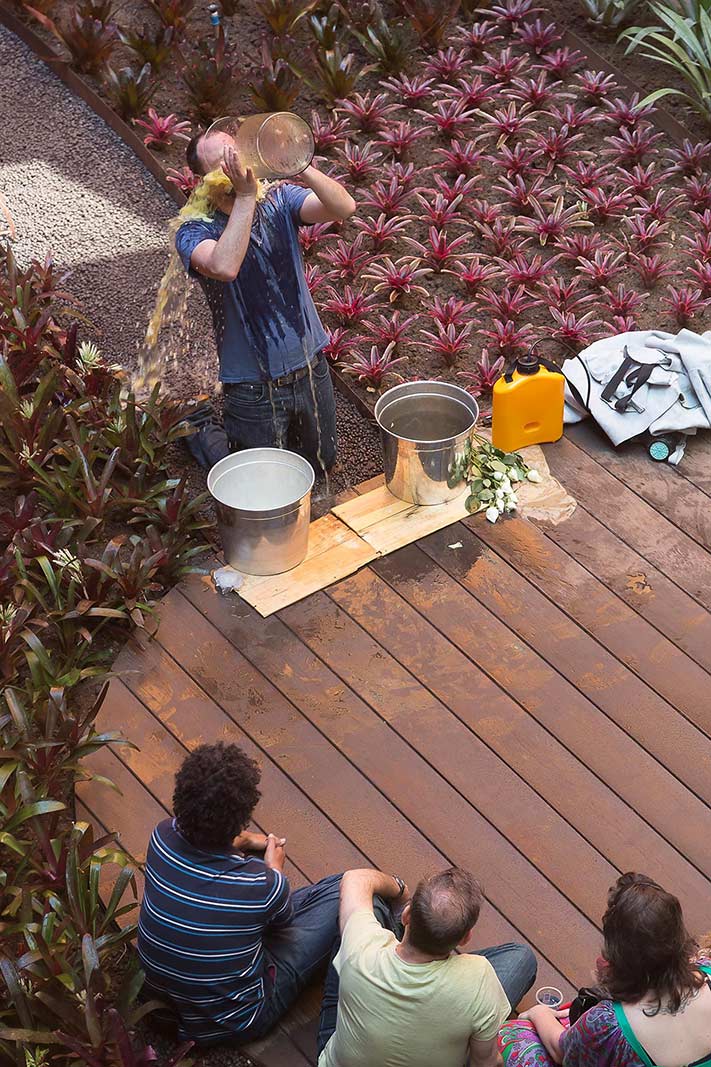 I consider this performance an angular stone in my artistic process. For me it was and still is an innovating work. With it I overcome the development of a simple action and head towards the exploration of more complex actions, although not abandoning the researches done until this moment.

In this performance, for the first time I work with a text. Not a text learned by heart or interpreted, but a philosophical text, a philosophical argument. In it, I also work with materials of great symbolic potential. With the concern, however, not to give them a superficial understanding focused only to one comprehension. So there is a symbolic potential, but this is not it what defines the work. It is part of the total work, that is, it is part of the artwork as well as the actins developed and the text.