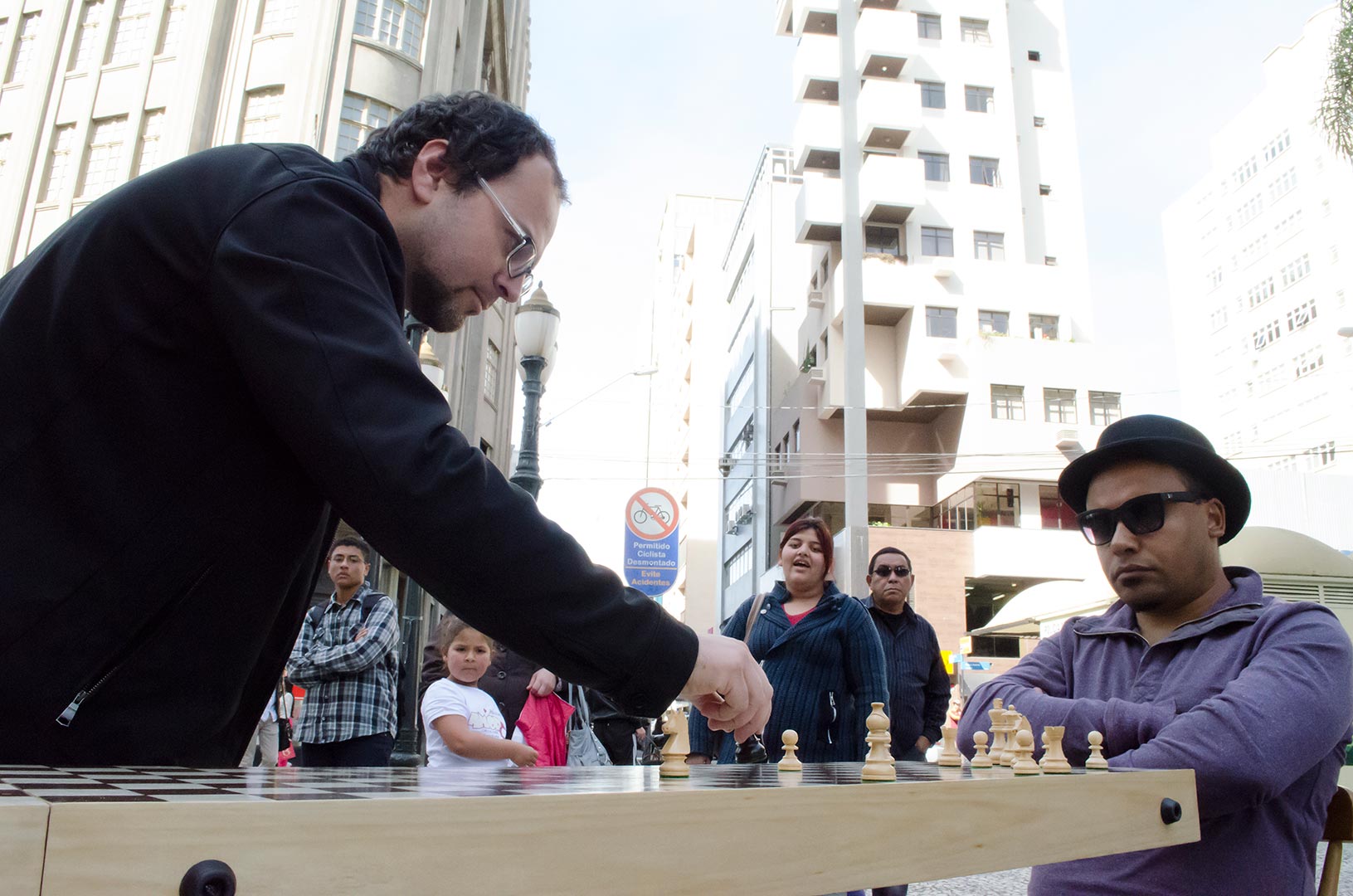 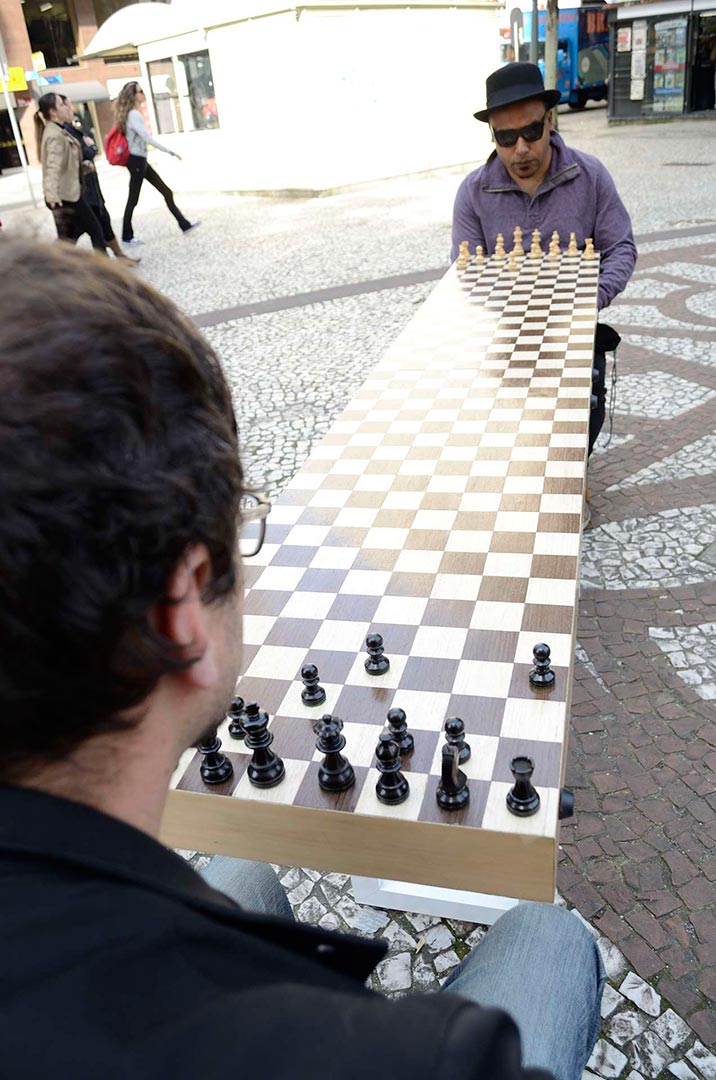 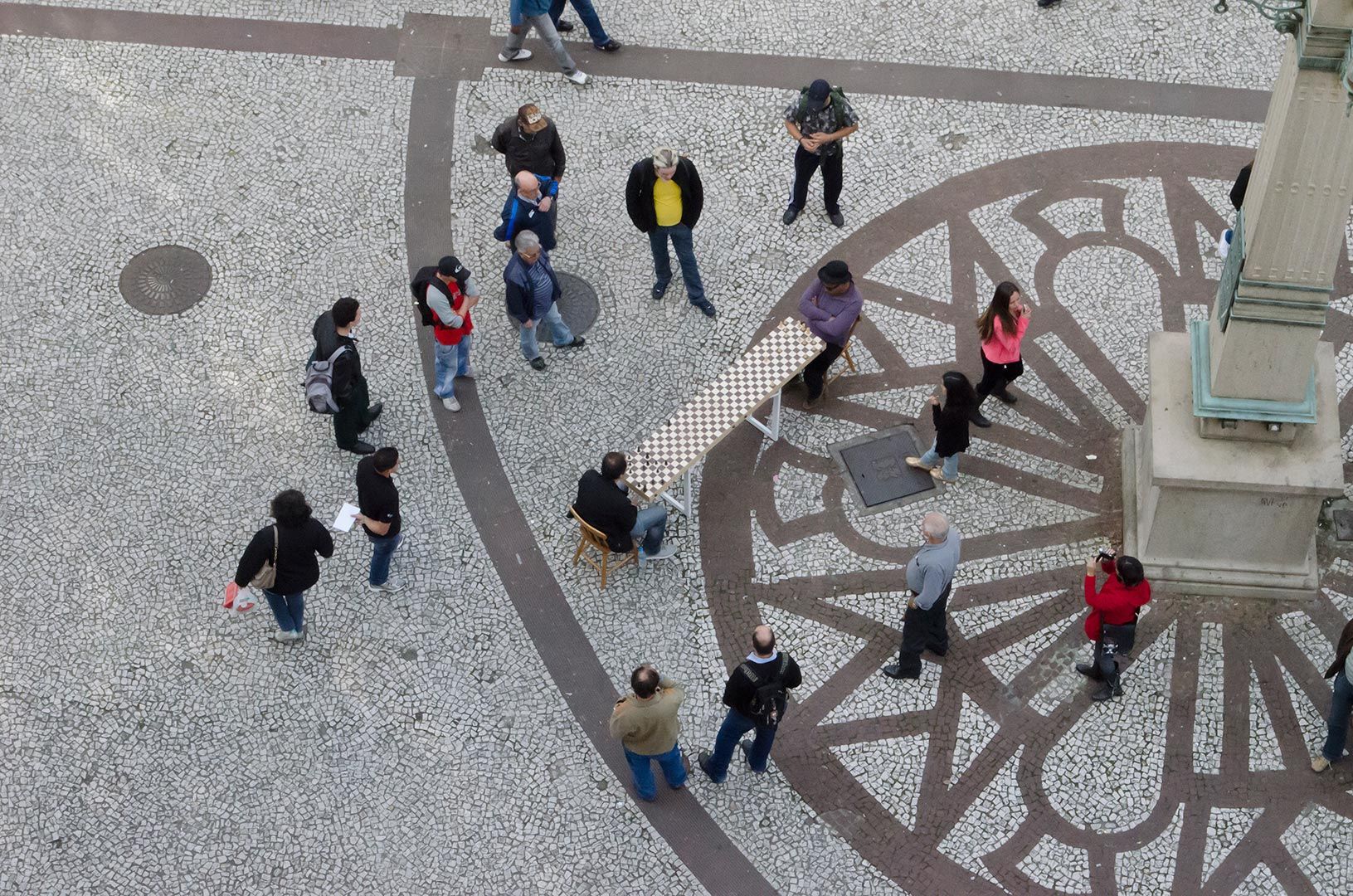 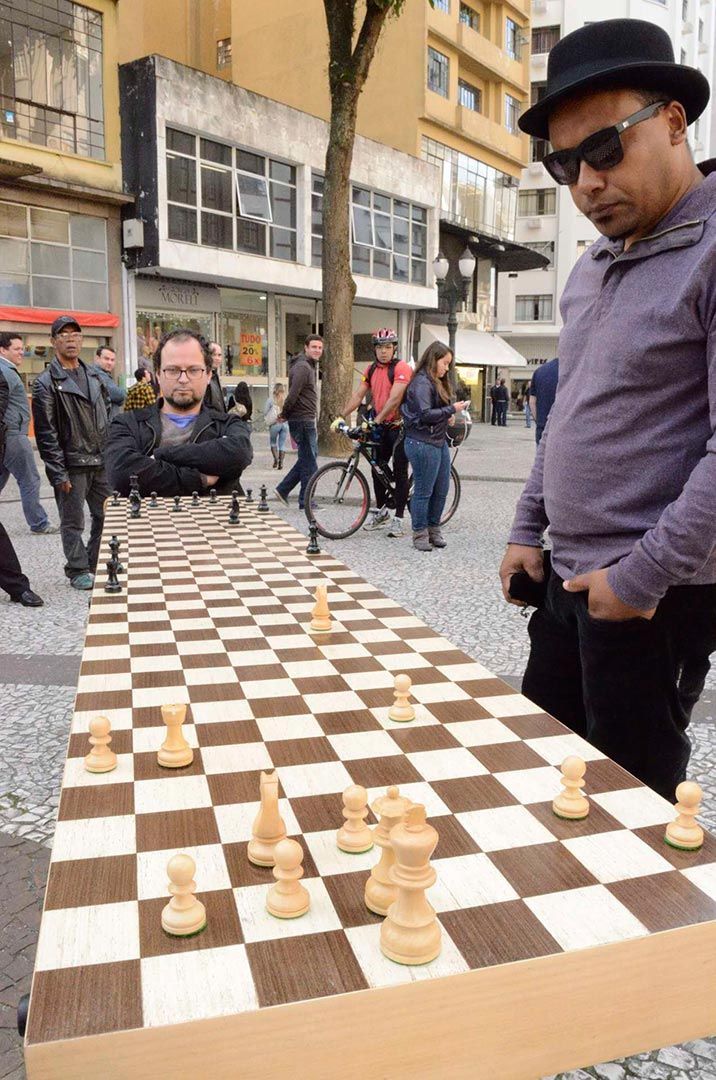 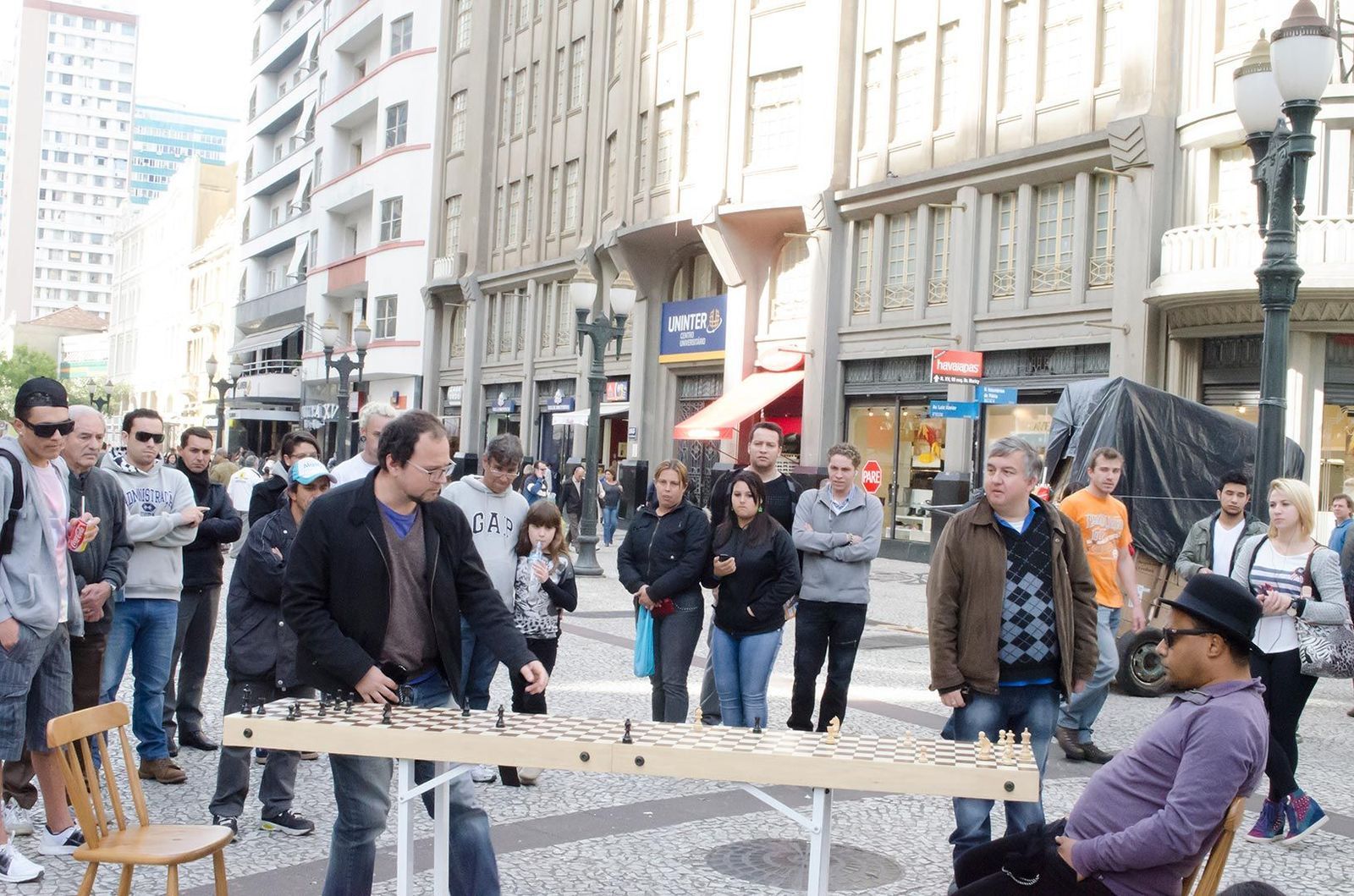 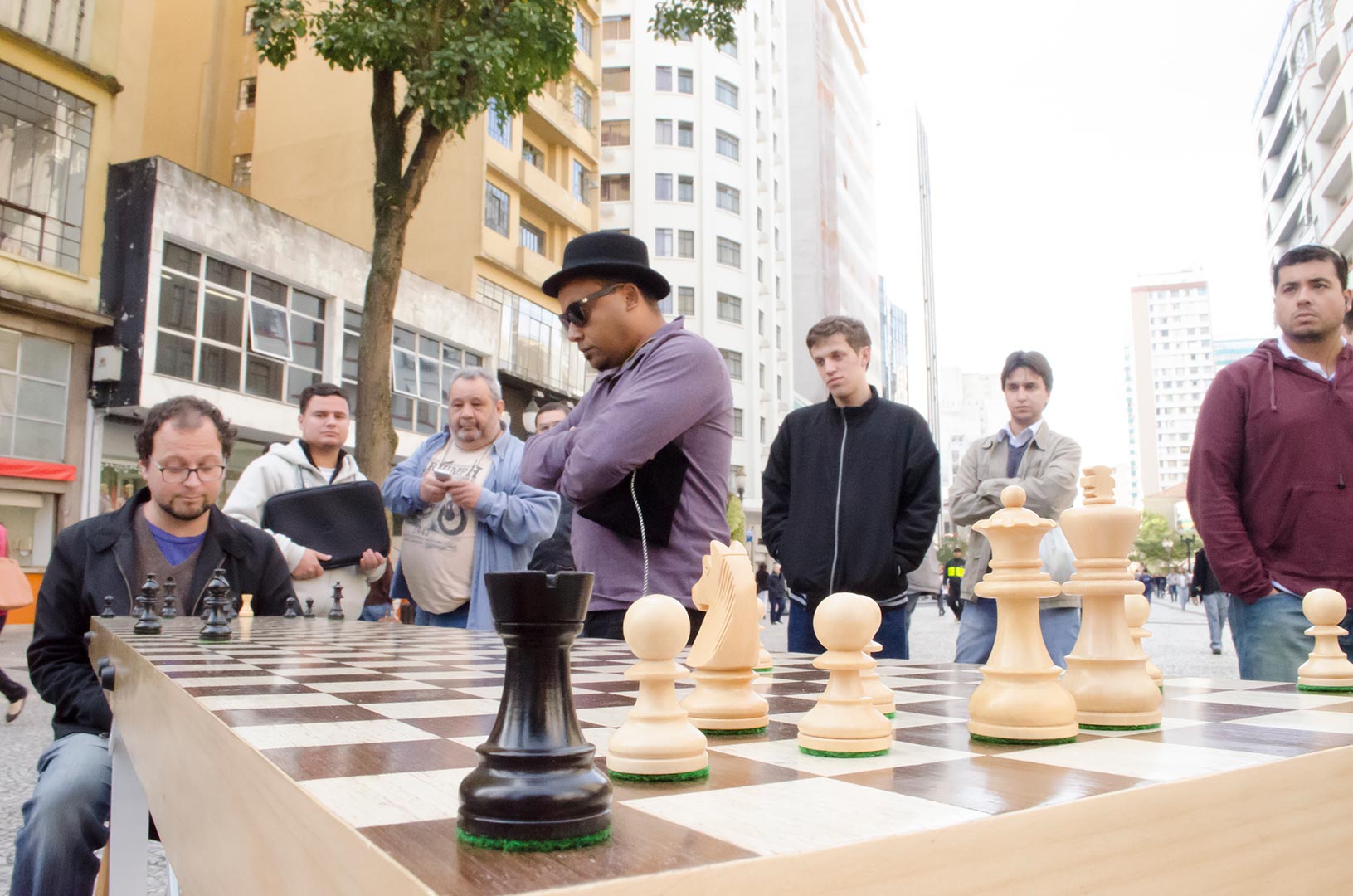 The work began with the invitation from the artist Washington Silveira, after he had produced the Object for the Performance. The idea was simply to play a simple chess game, but in a public space. We chose a day at lunchtime to perform the game. None of the two is a specialist in chess, neither one had played for a long time. There was no timer: the performance would last as long as the game’s time.

This is the first performance in my work in which I explore a practice, in that case a game. Therewith, I managed to reach a more broad scope over the research about the action further than a simple action and closer to a complex action.