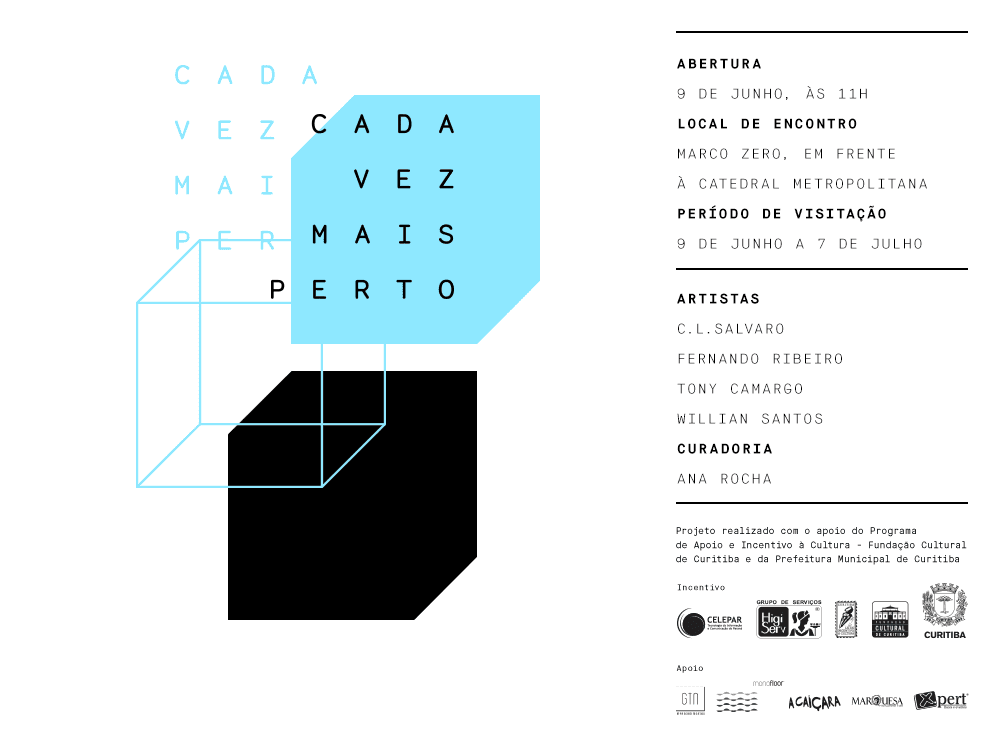 Inspired by St Augustine's teory about time Fernando Ribeiro develop this long durational performance piece called Distentio Anime. He'll work in an older cinema theather from Curitiba: the Cine Condor. The artist begun this piece at the Vila Itororó – São Paulo in last may. In this piece he cross the days producing gypsum bricks to create a labyrinth in Condor Gallery space. The action and the artist presence try to connect past, present and future. 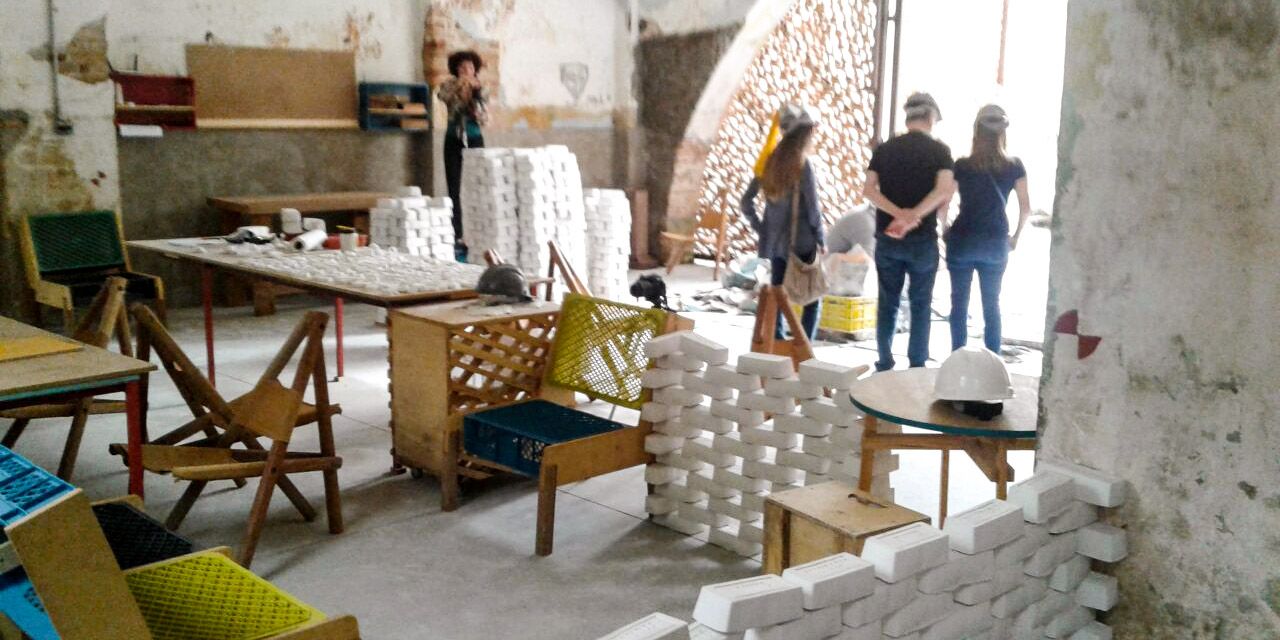 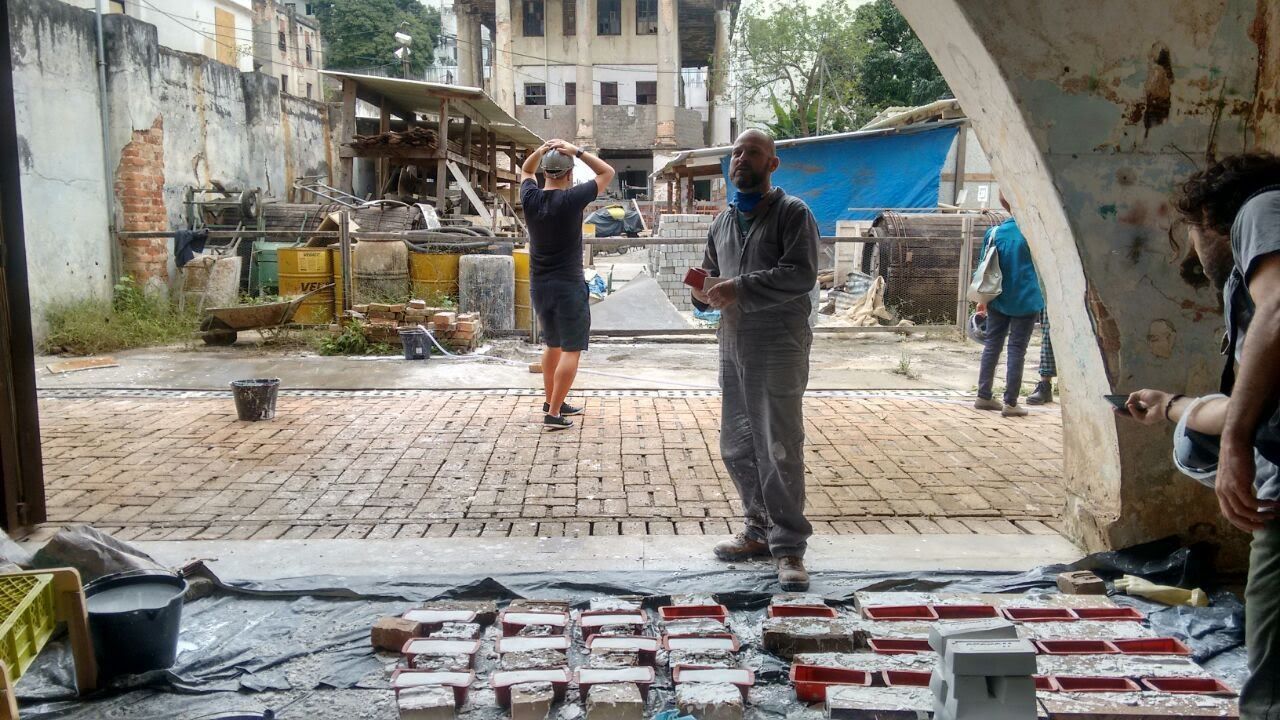 Distentio Anime is a durational performance art piece of Fernando Ribeiro. He begun this piece in May 2018 at the Goethe na Vila space — Vila Itororó — São Paulo Brazil. It was 187 hours of performance and the artist produced 2.673 gypsum bricks and developed a labyrinth.

This performance is influenced by St Augustine's teory about time. For him the time is not an extension from de future to the present however it is a distension in the present of the soul. In others words, the time is distended in a triple present and the impressions of this time in the soul are the memory, the attention and the expectation.

Aiming to enhance and diversify the participation of interested individuals and collectives in activating the Vila Itororó, architectural complex composed of 11 buildings from the 1920s located in Bela Vista, the Goethe-Institut São Paulo opens this Call in order to select 8 projects to be developed during 2018.

Goethe na Vila is located on the ground floor of casa 8 in Vila Itororó. Each selected project will occupy the space for 30 days and must function autonomously.

There is no restriction regarding the support for or the format of the project: registration is open to any discipline or area in arts and culture. The call is directed at once to individual and collective initiatives.

We look for proposals that foster the space and commit themselves in the experimentation of its uses, in order to contribute to the programming of the Vila Itororó - Canteiro Aberto project. Goethe na Vila focuses on projects that, through culture, approach and question urban policies, center-periphery relation, gentrification process, that prize diversity and integration with the surrounding areas. Initiatives that are interested in singular narratives and how space influences urban dynamics and their social relations will also be taken into consideration.

As a result of the developed work, the selected candidates will be required to hold at least one open and free event that encourages public circulation in the space of Goethe na Vila.

Vila Itororó is an architectural ensemble created by Francisco de Castro, encompassing more than ten buildings erected in the course of the twentieth-century, for the purposes of residence and leisure. Vila Itororó is located on the banks of the Itororó Valley, on the border between the Liberdade and Bela Vista neighbourhoods, downtown São Paulo. It occupies an area of 6,000 meters square, right in the middle of a block. Vila Itororó became a listed site, by an act of CONPRESP (at municipal level) in 2002, and of CONDEPHAAT (at state level) in 2005. In 2006, it was declared an area of public interest, expropriated and converted into public usage by São Paulo State government and by the City Hall, for cultural purposes. The restoration of Vila Itororó, started in 2013, is carried out by means of a partnership between São Paulo Culture Municipal Secretary and Instituto Pedra.

In May 2018 Fernando Ribeiro developed the durational performance Distentio Anime at the Goethe na Vila Space | Vila Itororó | São Paulo. It was 187 hours of performance and he produced 2.673 gypsum bricks and build a labyrinth there.

Now the artist continues with the performance in Curitiba at the Cada Vez Mais Perto Exhibition.

It's a durational performance art piece will be held between June 9th and July 7th, 2018 at the Condor Commercial Gallery | Curitiba Downtown